Search for more about Calgary.


Calgary crime statistics have shown some reduction in crime in recent years. The beltline and the core have seen extra police effort reduce criminal activity, which makes running a business that much easier. Empty lots seem to attract rampant drugs, alcohol and the people that go along with those things. Extra officers go through this area now that there is a small police office in Victoria Park. It's encouraging.

Have a look at the index of city crime rates on the Calgary real estate page. It also has some crime mapping Calgary citizens might find useful.Even though Downtown and the Beltline have the highest counts for assults, robberies and vehicle thefts, the numbers are trending downwards. Half in some cases, as shown by Calgary crime statistics. Home invasions were not as high in the central areas; Marborough and Crescent Heights had the top spots for this category.

All in all, the inner city neighborhood crime rates have seen improvement and we hope it's long-term. People in this area are getting more specific in their quest for a solution to crime. Maybe this is why crime has trended downward throughout the city. 8% down for property crimes (theft etc.), 1.7% down for murders and robberies - it may be at least partly attibuted to the 64 additional police officers in high crime areas, and this means the areas have better coverage through the night as well. 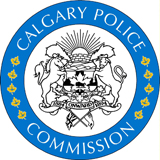 The police might be able to take credit for these results because of the their improved analytical work in crime in addition to on-site monitoring. They examine trends to see where things are going better and use this data to make improvements all around.

New cameras, lights and general visibility in downtown C-Train stations, the act of cleaning up litter and other seemingly irrelevant initiatives have had their part in reducing crime in Calgary as well. Probably in a way similar to that described by Malcolm Gladwell in The Tipping Point, where cleaning up the appearance of the New York subway system improved its portion of the city crime statistics. Here's a few other points:

One potential problem has been identified. Maybe the crime is just relocated. Some of the near-inner city neighbourhoods have seen a rise in their Calgary crime statistics over the same period. But maybe not, they're still trying to figure that one out.

Go back from Calgary Crime Statistics to the Calgary Real Estate web page or visit the Calgary City Maps homepage.