What is the population of Calgary? 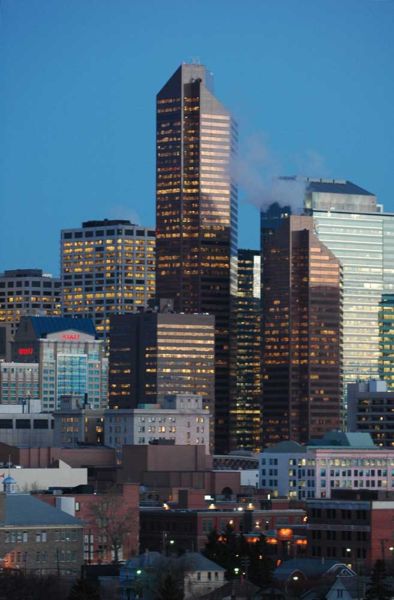 What is the population of Calgary?  Do we have a useful interpretation for the numbers representing this changing total.  We have a civic Calgary census every year. The figures compare with the Statistics Canada population counts once every five years.

From these two data points, we get an average of around 2.2% increase per year, with some variation depending on the method of calculation.

Another source of variations is changes in the rate of growth in the recent Calgary booming economy. For instance in the years immediately following the crash after the 1970s oil boom, the population actually declined.

And that is in addition to the seven to nine thousand net population increase owing to births. Not bad for our little spot on the map.

A handy way of making this kind estimate is the rule of 72, where you divide 72 by the percentage rate to get the number of years it would take at that rate to double the population in this example.

Using the rule above, we get our most recent doubling in the last 33 years or so. The population numbers up to 2016 (below) confirm that, more-or-less.

Extrapolations are risky. That is where you use current data to make future projections. Regardless, predictions were made, several years ago, for the city's population to reach a million near mid-2007. Over this kind of short term, the guess is likely quite good.  And it was.  The projected rates of growth are lower (than those listed above) in present and future years.

Continued growth in the population of Calgary

Another pivotal point in changing the Calgary population was the hosting of the 1988 winter olympics. We saw a great change in civic infrastructure preceeding these games, and with it a steadier influx after that event.

Calgary did too, but with relatively little loss. Only once. And most of those years saw increasing population gains until we once again described it as a population of Calgary boom by the end of the century.

Where to have fun in Calgary meet people and such? Try one of these places.

Or go back from Population of Calgary to the Calgary Houses for Sale web page.