Below is a large map of Alberta showing main cities and highways. Use it to quickly find your way around the province.

First of all, where is Alberta? It lies on the left side of your Canada map. One province removed from the west coast.  The only province to the west is British Columbia.

Alberta covers a large area; the distance from the north to south extreme is 11° latitude, which works out to about 1200 km (750 miles). At its widest point through, through Edmonton, it is just over 65g0 km.  This contributes to a total area of over 660 thousand square km (255,500 sq miles).  The population is a little over 4 million.

It touches the US - Canadian border on the south, bordering along the northern edge of Montana, and to our north is the great Northwest Territories (NWT). Saskatchewan lies on the east.

Here is the map, focussing on Alberta.

This map displays the seven largest independent cities of Alberta as black disks:

The red lines on the map show you many of the primary highways, the lowest numbered ones from 1 to 17 and the major two-digit numbered roads.

For example Alberta highway 21, 22 and 41. Highway 63 connects Fort McMurray with the rest of the world, while 35 does the same for High Level and the NWT.  The yellow highlighted thoroughfares through this Alberta map include:

What kind of driving experience did you have?

Have a few tips and instructions for people who are using maps. Figuring out how to find something can be daunting at times and any added info can be a treasure.

If you got it, maybe someone else needs it. Please enter a paragraph or two to show how you did it, how you found it, how you got there.

Some parts of Calgary can be quite confusing and any help will be welcomed.

Here are some examples

We had fun - Elizabeth

Western Honeymoon My husband and I flew to Calgary from Toronto for our honeymoon on September 10th. We arrived at the airport and rented a car and …

Never been to Alberta and it was the first time looking at it on a map.

I am familiar with Calgary and Edmonton because of professional hockey. As an Angel fan in baseball, Edmonton was their triple A affiliate and I was …

Well, I have never been to Alberta yet, but from what I know about the province the map seems pretty accurate and easy to read. I'd love to do a car …

I think I acquired a very basic familiarity with the main geographical features of Alberta.

I know very little about Canada, but this was a good starter kit for the basic layout of Alberta. I'll probably most remember that it borders Montana and …

Hy, I am Petar and i know lot of Canada. I have couple of friends living there and by the pictures I can tell that Canada is very nice country. Much nicer …

Drove through Alberta on the way to Alaska Not rated yet
Passed through Yellowhead Highway through Edmonton and Grand Prairie. The city was overwhelming at times as far as exits for highway-stay alert. People …

Attractions in calgary alberta Not rated yet
i've been to Alberta.. and i sure could have used a map like that. next time i'll visit this site before driving to Calgary again. Barry's Response … 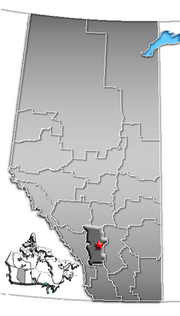 The larger city near the south end of Alberta is Calgary. It's the largest urban centre in the entire Province, and all the prairies.  Find detailed street maps of the city here, and you can also check this unique downtown Calgary walking map.

...or Go back from this Map of Alberta webpage to the Alberta Canada Weather page now.