Calgary radio stations are quite famous among the community. Radio has evolved in our fair city, and elsewhere, from being one of the early inventions for entertainment and prime methods of education, entertainment and means of advertisement. 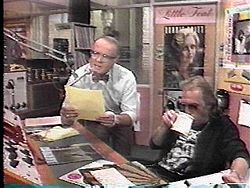 As a result, nowadays a big portion of population still identifies with radio in spite of there having been so many advances in other modes of entertainment. In a way, radio content broadcasting from a local area reflects the taste and behavior of that very place. And using the internet to carry broadcast signals improves content distribution that much more.

CJAY 92 FM "Everything That Rocks", belonging to Astral Media, features Rock Rewards, Babe of the Day, and lots of good stuff.

Another popular station, CKRY FM "Country 105", owned by Corus Entertainment, uses the line "Today's Country" and has features entitled The Odd Squad, Scott Phillips and Roger Rhodes. Get 'em at 105.1 in Calgary and 93.3 in Banff.

At 95.9, CHFM "Lite 96" Today's Lite Rock, owned by Rogers Communications, has a light music blend with hits of the 70's, 80's & 90's. This radio station adds to the opportunity for fans to listen to music of their choice and it's got Lite 96 Mornings with Don and Joanne.

Indulge yourself in sheer rich ecstasy of music.

Let's see. What else? You can listen to Calgary's Only Classic Rock on CFGQ Q107 by Corus Entertainment. One of my preferred Calgary radio stations. It's a good'er. Corus provides radio shows with Jeff Woods and Alice Cooper.

At the bottom of the dial we have 88.1, CKAV-3, Aboriginal Voices Radio out of Toronto. Also known as Canada's National Aboriginal Radio Network.

And, yes, the wholesome station that the whole family can sit together and enjoy. CJSI Shine 88.9 FM brought to us by Touch Canada Broadcasting, is completely safe and fun. It features contemporary Christian programming.

CJAQ, formerly CKIS, Jack FM Calgary, another product of Rogers, "Playing what we want". Rock’n Roll. The way it was meant to be. Sorry, I was in college in the '80's, listening to the good old 1980s rock music then.

Next, we have CFEX X92.9, owned by Harvard Broadcasting. I think "Calgary's New Rock Alternative" says it all.

Need some pop? Borrowing from California's KAMP-FM radio, CKMP 90.3 FM uses the identity, "Amp Radio" and "All the Hits" and it means we now have all the current pop we need. Thanks, Newcap.

Also from Newcap Broadcasting we have CFXL 103.1 now providing classic hits and oldies. These guys have changed identity as often as some people change their underwear. And they swiped this current Call sign.

Calgary has an entry at 101.5, CTVglobemedia's Kool (CKCE-FM) with the slogan, "Hits from Today & Back in the Day".

At 103.9, Edmonton CBC AM Public Broadcasting station CHFA rebroadcasts in Calgary. The Call letters are CBRF-FM.

When is a Calgary radio station

...not really a Calgary station? When it's a few kilometres out of town. Let's see...what have we got comin' in from the sticks.

And finally, CKUA Radio Network 93.7. Established in 1927, CKUA is acknowledged as the voice of Alberta artists, musicians and cultural enthusiasts. Every week, this station broadcasts 168 hours of diverse and entertaining shows and sometimes boasts educationally-focused music and informative series. All over the map.