Find more things to do in Calgary.

This annual Calgary events calendar gives a variety of things to at various spots on the Calgary map at any time of the year.

Check either of the Calgary newspapers for more detail on these fun things and other sports events. The Calgary events listed below run from January to December, and the dates are not exact. Usually, they are tied to a specific week or month. 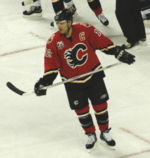 ImaginASIAN
May
Many venues around downtown Calgary

Lilac Festival - Eat around the world.
Last (or second-last) Sunday of May
4th Street SW

Calgary Festival of Quilts
Last weekend of May
Heritage Park

Shakespeare in the Park
All Summer
Prince's Island Park

Canada Day Celebrations and Fireworks
July 1
All around town 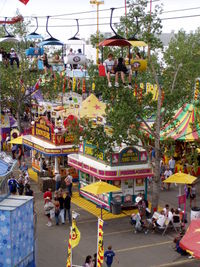 A Taste of Calgary
Second week of August
Eau Claire

Once Upon A Christmas
Mid-November through Christmas
Heritage Park

Excited about an upcoming concert, game or other event? Or did you just see a great one?

If you want to see your experience published here, you can tell us about it now. If you have a photo, you can send that as well.

What Other Visitors Have Said

Have you ever wanted to be a character from a video game or action movie? Here’s your chance. The Spy Games Adventure Weekend is a fun; safe way to learn …

This all-day shopping extravaganza in Nanton is one of the most unique holiday experiences of the season. Think cider stalls on historical streetscapes, …

How to Find An Ideal Home Based Business

Choosing and Creating a Home Based Business is an Effective way to Address Financial Stress. Participants will walk away with a Checklist for an "Ideal …

How to Reduce Discomfort in a Natural Way

Without Using Drugs or taking time away from your Busy Lifestyle. Participants will walk away with Knowledge and Solutions on how to REDUCE Discomfort …

Jason Webley at The Auburn Saloon Not rated yet
Accordion troubadour Jason Webley is returning to Calgary for an interesting performance April 27. Since he began as a street performer, Webley has …

Come see Calysto Steelband (not any more, they're retired), the large Caribbean steel drum band at these places.

Rock'n Roll more your thing? Find out where Back in the Day is playing next.

What about great Calgary events of the past? See a bit about the 1988 Calgary Olympics for instance.

If any annual Calgary events you know of are missing, charities are noticibly lacking here, please let me know. Use the form on this page.

Go back from Calgary Events to Lifestyle Public Relations now.