A quintet of Calgary Musicians


These five Calgary musicians play the stuff you love, if you love old rock & roll.

80s music. Beach music. Party music. This makes a good start. They're older guys too, almost as old as the tunes they play. Not starving musicians, by any stretch. 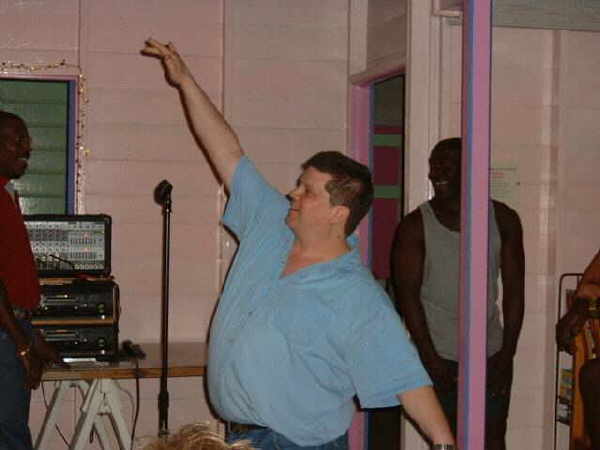 With this kind of maturity comes a fair deal of professionalism. You can expect a good time and to skip the rough-around-the-edges or stuff such as rap or excessive heavy metal music that should appeal more to a younger set.

Check the titles and lyrics of some of the songs on the Back in the Day setlist and see if they suit you. Remember, no band can play all the top classic rock songs, although these musicians would probably love to if time permitted.

So they have to limit it to the rock music and other dance music Calgary fans would appreciate.

Since they're a Canadian band, you will hear some vintage Canadian content as well, such as the Guess Who and Steppenwolf, BTO, Harlequin and even the old Hockey Night in Canada music.

You might hear a little Charlie Brown music and other tv themes just for kicks. Some have said this is the best classic rock band they've heard in quite a while. 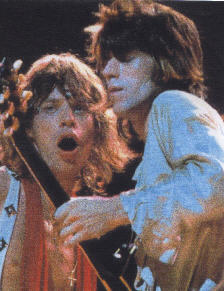 I like to think of this great old classic rock as some of the world's greatest music. This may not be entirely correct, but it does shed light on the lasting (so far) impact these bands and their recordings have had on subsequent music.

We have seen new groups evolve from old ones, and entire new genres come to rise from the synthesis and/or minimalization of previous styles. That said, when something is of real lasting quality and influence, we like to remember that classic rock star in his glory days.

John Lennon is a prime example. His great recordings, with and without the Beatles, will be preserved for what seems like forever in our oldies music stations.

What's there about lyrics? We know the internet has a lot of websites suited for finding lyrics.

What's there about music in Calgary? There's less about that, so if you need to tell us something here's your chance. Go ahead...make my day.

This is really a good website where we can find much needed information as well as we can share images. We can get images which are hard to find and get. …

Hello, My name is John and I am 29 years old. I live in Pennsylvania (USA). We too have a classic rock station...that sucks. I can appreciate classic …

MUSIC for the world

I like to think its a very useful for human relaxation. Many other languages have terms which only partly cover what Europeans mean by the term music. …

Lyrics are the music...ears. Some songs we can not understand every word, and for that we don't even listen to the whole song I think every song …

This site says to music, lyrics and Calgary. Nowadays these classic bar bands use to human health improve. Barry's Response - Of course music …

Lyrics of music is a good part of music. It helps other to play music together. I don't know much about music but i like to listening music. When i …

I thought that this was a very interesting article. I do like classic rock myself. I'm glad they did a piece on older musicians instead of younger ones. …

They have to limit it to the rock music and other dance music Calgary fans would appreciate. Calgary is not much popular among us , this is very good …

Lyrics of music is a good part of music. It helps other to play music together. I don't know much about music but i like listening to music. Barry's …

I thought that this was a very interesting article. I do like classic rock myself. I'm glad they did a piece on older musicians instead of younger …

Music cannot end and wont end. It doesn't have language barriers as well. It's a language in itself. Music does not have any barriers. So go on learn listen …

Lyrics is the most important point which provides victory to the song. So the lyrics has to created in such a way that people should like it. Barry's …

Let The Whole World Know What We Are Doing

I believe that local bands are the key to real music. Every artist has a dream, the dream of becoming famous and being able to share his/her love for music …

Classic Rock Playlist Not rated yet
At present I not have any idea about music, and after reading this I came to know more about Music. Barry's Response - Well that's a start. Listening …

All kinds of Music and Lyrics Not rated yet
Music is my passion and it makes my day a lot. I was born in 80's era and I appreciate all kinds of music moving forward. The words written in the …

Where Calgary is Not rated yet
I do not know anything...I mean, I live in Italy. I do not even know where Calgary is. Barry's Response - All roads lead to Rome? Not quite...some …

Gift called Music Not rated yet
We should be really thankful to God for blessing us with wonderful gift called Music. It has got the power to change the world and is the demand of the …

Music and Kolkata Not rated yet
I dont have much idea about Calgary but I would like to say that I live in Kolkata,India. Kolkata is the place where you will find even small kids listening …

extra musical Not rated yet
excellent, we can provide extra musical , lyrics... Barry's Response Ahhh...that's the idea. Poetry and beans.

By the way, the group mentioned above play some of that great old stuff as well. If you get a chance, look them up sometime and see where Back in the Day is playing.

How? Go back from Calgary Musicians to the Calgary Girls party webpage.